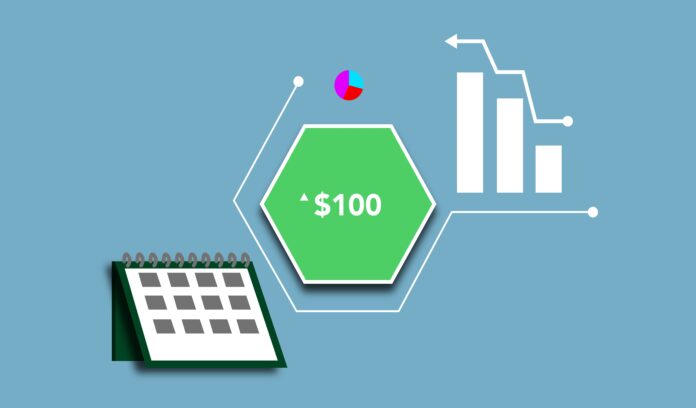 If you have investments outside of the U.S., you might think that you are fine as long as you report all accounts on an FBAR and pay your taxes on the income/gains. Well, you might not. That’s because not all investment vehicles are created, and taxed, equal. You might run afoul of certain tax laws if you are not aware of them.

Foreign mutual funds and ETFs are a great example. The IRS typically treats mutual funds and ETFs registered outside of the U.S. as Passive Foreign Investment Corporations, or PFIC. Tax treatment of PFICs is very complicated and onerous, making such investments not worthwhile in most cases.

I had to deal with a couple of PFICs myself for many years after I moved to the U.S. While it was beneficial for me, in my very specific situation, to hold onto these investments, I would have never bought them in the first place had I known what I was getting myself into.

Understanding the rules around PFICs is important and will, most likely, save you both money and headaches down the road.

As part of the Tax Reform Act of 1986, congress enacted rules governing PFICs. These rules were designed to close a loophole some U.S. taxpayers used to defer, or avoid altogether, taxation via corporations established outside of the U.S. Taxpayers were also using the same loophole to convert ordinary income into capital gains, which are usually taxed at a lower rate.

According to the IRS, a PFIC is defined as a foreign corporation that meets at least one of the following tests:

Some examples of passive income are capital gains, dividends, interest, rent, and royalties.

What Does Any of This Have to Do With Foreign Mutual Funds and ETFs?

It might not be obvious at first glance but mutual funds, and ETFs in general, are corporations. This applies to both domestic and foreign versions of them.

When you invest in them, you are purchasing shares and becoming a part-owner of these corporations. The fund, or ETF, in turn, uses the money it receives from investors to purchase assets according to its prospectus (stocks, bonds, gold, commodities, real estate, etc) to generate passive income for its shareholders.

If you pay attention you will notice that foreign funds and ETFs generally meet both PFIC tests: most of their income are passive and most of their assets generate passive income. Therefore, they are PFICs for tax purposes.

What Else Is a PFIC?

Many other foreign investments meet the PFIC test, such as:

You might think that you are in the clear because you don’t own any of these investment vehicles. I encourage you to take a deeper look though. For example, some checking accounts are, in fact, money market accounts and, therefore, PFICs. Sometimes this fact is not clear.

Keep in mind that this list is by no means exhaustive and many other types of investment could potentially be PFICs.

How Are PFICs Taxed?

The tax treatment of PFICs is, in most cases, very onerous to taxpayers. Three different regimes that can be applied to PFICs:

The regime applied depends on the elections you make when filing Form 8621. Also, you must make such elections annually. Otherwise, the regime will revert to Section 1291.

Section 1291 Fund, also known as Excess Distribution, is the default regime. It also happens to be the most punitive and complicated one. If you don’t, or simply can’t, make an election for any of the other regimes, that is the one that applies.

What Is Excess Distribution?

Excess distribution is defined as any distribution you receive in excess of 125% of the average distributions received on the prior 3 years. Sounds fun, doesn’t it? I’ll use an example to make things easier to understand.

Assuming the distributions described in the table above, here’s how you would calculate the excess distribution received in 2020:

There’s another caveat though. Any gains from the disposal of PFIC stocks is considered an excess distribution and taxed accordingly. In other words, there’s no such a thing as capital gains when you’re dealing with a Section 1291 fund.

How Are Excess Distributions Taxed?

This is where it gets complicated very fast. Excess distributions are proportionally allocated to all years in which you held the PFIC stock, including the current year. It is then taxed at the highest marginal tax rate in effect for the year in which it was allocated, regardless of what your actual tax rate was. Just for reference, the highest tax rate was 39.6% from 2013 until 2018, when it was cut to 37%.

As if this wasn’t bad enough already, the IRS also charges you interest on the distributions based on the holding period. This is because excess distributions allocated to prior years are considered deferred income, which means tax payment was also deferred.

What About Non-Excess Distributions?

This is the only easy thing you get on a Section 1291 fund. Non-excess distributions are simply treated as ordinary income and taxed according to your current tax rate.

For this example lets assume the following:

When you sold your investment you had a $5,000 gain. According to the rules, this gain is an excess distribution.

The first step is to proportionally allocate the gain to all years in which you held the investment. To do that, use the following formula:

You must now calculate the interest you have to pay for the “benefit” of deferring this payment for a whole year. $925 * 3% = $28 (rounded up). Adding both together, you owe a total of $953 in taxes for the 2019 period. Note that this is the actual tax amount and not the taxable income.

Because 2020 is the current year, the $2,500 gain allocated to it is treated as a non-excess distribution and taxed as ordinary income. Assuming a 22% marginal tax rate, you would owe a total of $500 in taxes for this part of the gain.

You can have your PFIC taxed under the Mark to Market regime by making the election on Form 8621. While still not great, this regime reduces the tax burden of Section 1291 funds. To qualify for this election, the PFIC must be a marketable stock, traded on a stock exchange that’s adequately regulated. This is the regime I elected to use with the PFICs I owned in the past.

Under this regime, you recognize unrealized gains, or losses, at the end of each calendar year. This is as if you had sold and repurchased your PFIC stocks on the last business day of the year.

All gains are treated as ordinary income and taxed accordingly. There is no favorable capital gains treatment under the MTM regime. Losses can also be deducted as ordinary losses, but with a caveat. You can only deduct losses up to the total income recognized on prior years that have not been previously offset by losses, also known as unreversed inclusions. Your cost basis is then adjusted by the amount of income included, or losses deducted.

QEF is the most tax-friendly of the PFIC regimes and its taxation is pretty similar to how U.S. mutual funds are taxed. Income from the PFIC is passed through to you, the shareholder, and are taxed as either ordinary income or capital gains, depending on the type of income. Gains from the disposition of the fund are taxed as short or long-term capital gains which are generally taxed at a more favorable rate. The same applies to losses, you can deduct them as short or long term capital losses.

There are downsides to QEFs though. You must include in your gross income, and pay taxes on, your pro-rata share of the ordinary income and net capital gains of the PFIC, even if you did not receive any distribution. You have the option to defer the tax payment, but the IRS will charge you interest on the deferred amount.

Also, for you to be able to elect to have your PFIC taxed under the QEF regime, the PFIC must provide you with a “PFIC Annual Information Statement”. This document must include your pro-rata share of ordinary income and net capital gains. It does sound easy, but finding a mutual fund (or other PFIC investments) willing to provide you with this document is pretty hard. Chances are you won’t be able to make a QEF election.

What Are The Reporting Requirements?

If you had ownership of one or more PFICs during the calendar year, you must report them on Form 8621 – Information Return by a Shareholder of a Passive Foreign Investment Company or Qualified Electing Fund. Please note that you must file a separate form for each PFIC you owned during the year. You must also report the PFICs on a Foreign Bank Account Report (FBAR) if you cross the threshold.

Certain taxpayers are exempt from filing Form 8621. If that is your case, you could be required to file a Form 8938 – Statement of Specified Foreign Financial Assets instead.

Are There Any Penalties For Failing to Report?

There are no specific penalties for failure to file Form 8621. However, there could be indirect penalties. For example, if you did not file it, odds are you also misrepresented your taxable income. In this case, there will most likely be underpayment penalties and interest. You might also fail to file an FBAR for the same reason you failed to file Form 8621, leading to stiff penalties.

Another side effect of not filing Form 8621 is that your tax return for the year could be considered incomplete. The statute of limitation (generally 3 years) would not apply in this case. That means the IRS could go back as many years as they please and audit anything related to the PFIC in your tax return for that year.

My Head Hurts, Is There Anything Else?

Well, technically yes. A lot more! The intention of this post, though, is just to make you aware of PFIC regulations and how badly foreign mutual funds, ETFs, and other PFIC investments are treated, tax-wise.

PFIC laws are extremely complex and full of nuances. If you find out you own a PFIC, don’t try to tackle this on your own. Reach out to a licensed tax professional for help. 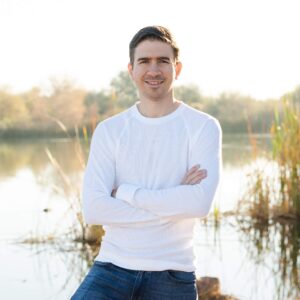 FBAR: Everything You Need to Know